Home Middle East Are we wrong about Syria? In defence of Assad

“The obligation of subjects to the sovereign is understood to last as long, and no longer, than the power lasteth by which he is able to protect them.”

It is with this exact belief that we find ourselves deeply split over Syria, to the extent that it has divided nations.

A mere matter of days ago, the so-called ‘Islamic State’ surrendered the city of Mosul in Iraq. The way things are heading, it looks as though it is only a matter of time before ‘Islamic State’ is conventionally defeated on the battlefield. However, what we tend to forget in the West is that many in Syria consider ‘Islamic State’ to be nothing more than another faction in the civil war engulfing the country.

To them, the problems are just beginning.

So focused, are we all, on the conflict at hand that many are forgetting the real question: Who should control Syria at the end of this war? Whether or not you agree with foreign intervention in the conflict is a question for another time; at the moment it looks as though nations allying with the various factions are going to make the difference, and it is here that we see our disagreements.

Assuming ‘Islamic State’ falls, there will no doubt be a great rush to end the conflict in the region. However, this clearly isn’t going to be an easy task and may well escalate into something far larger than it currently is. This is not even touching the fact that many supporting nations could change sides at any moment. It looked very much as though President Trump would begin supporting Assad before suddenly working against him earlier on this year.

To refer back to the quote at the start of this article, it appears as though Assad has failed (as a sovereign) in his ability to protect the citizens of Syria. Therefore, according to Hobbes, it would make sense for the people to seek a new leader. However, it can be argued that were this conflict to end with a government victory, Assad would be able to firmly rule the country and prevent any threats to the civilian population. Another argument could be that, were Assad to fall, the power vacuum would simply give way to a much more authoritarian and tyrannical government and thousands of lives would have been lost only to make things worse.

The arguments against supporting the current Syrian government are fairly clear. The regime is supposedly guilty of severe human rights violations and a number of massacres. However, it is also worth looking at the other side of the argument. Is there a chance that we are only making matters worse, working against Assad’s republic? It would at least make sense to play devil’s advocate on this occasion.

The futile history of revolution.

The Syrian Civil War can essentially be called a revolution. There are numerous rebel groups revolting against an authoritarian government, as a direct result of the Arab Spring which has notoriously caused instability in North Africa and the Middle East over the past 7 years. Using the term “revolution”, we already find ourselves with a clear argument in favour of supporting the regime. All we need to do is open a history book.

Throughout history, ‘successful’ revolutions have often failed to deliver on the changes promised and instead, usually, end up reverting back to a more extreme version of the original government.

The most infamous case of this is, of course, the French revolution of 1789 to 1799, where an absolute monarchy – a monarchy where Louis XVI was actually willing to concede as a constitutional monarch under the National Constituent Assembly and later the Legislative Assembly – gave way to a lawless National Convention built upon ideas of liberty, and ended up with another absolute monarchy. Napoleon Bonaparte, in essence, re-crowned the monarchy but in an extreme imperialist form. The ‘liberty’ that the French revolution was built on, simply became a tool to create further absolutism. 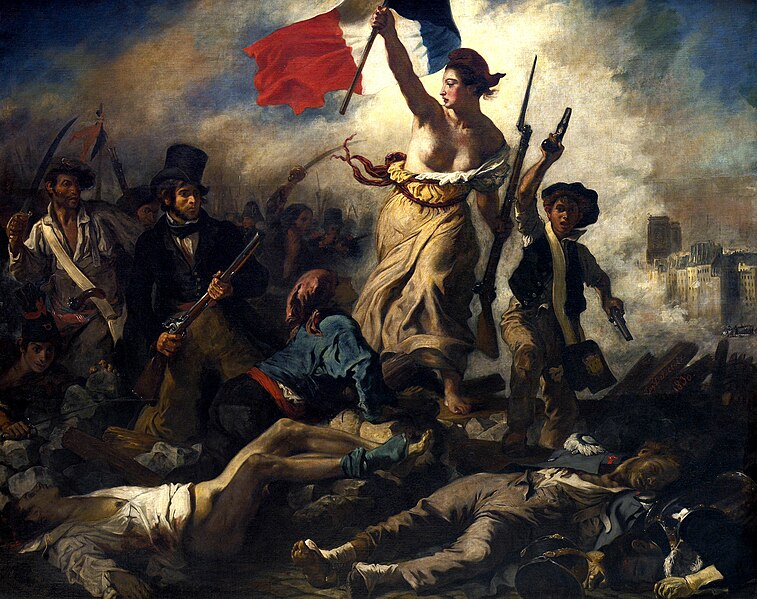 France is the clear example but isn’t the only instance in history that a revolution has so controversially delivered the opposite of what it promised.

Revolutions don’t end well. They never have. There can be arguments made that they have advanced ideas and allowed for the gradual progression of certain virtues, but at what cost? There is a reason revolutionary ideals simply give way to radical clones of the previous establishment. After overthrowing a regime, a power vacuum is all that is left. The revolutionary force attempts to fill this regime but is so idealistic, so focused on looking ahead that they neglect the actual role of rulership. This leads to a stronger, more radical force coming in (usually in a familar shape), taking the situation by the scruff of the neck and throwing the revolutionary ideas out the window. This can happen either internally or as an external, third party force.

Let me be clear. Ideas start revolutions, a show of strength ends them.

Or to quote Hobbes:

“It is not wisdom but authority that makes a law.”

Hindsight, as tragic as it can be, is a tool not to be taken lightly. Given the history on these matters, does it truly make much sense to support a revolutionary movement?

Applying this to Syria.

It took multiple civil wars and revolutions, decades of instability and years of turmoil to establish the peaceful, just and underappreciated democratic system we have in the UK today. One civil war will not establish peace in Syria.

Though the conventional battle against ‘Islamic State’ could well end, the ideas they believe in will still be present in the area for some time. Opening up a democratic system may well be raising the flood gates on extremist Islamist and militant factions such as ‘Islamic State’, or potentially another Muslim Brotherhood like we have seen in Egypt.

There are multiple factions within the rebel groups, factions accustomed to using violence to push for their beliefs. If Assad falls, a clash is inevitable and these factions will not push aside easily.

Neighbouring Iraq serves as a contemporary reminder for the ‘stability’ that is brought about when an autocratic figure is removed as a result of foreign interference.

The arguments against all of this are clear, but hopefully this article has some further clarification that it isn’t such a one sided debate.

Maybe Kirkpatrick was right. If Assad falls there will be further civil war and within a decade the chances are, a far more dictatorial figure will take his place.

Perhaps we are wrong about Syria. It all boils down to this simple question:

Should civil liberties be put on hold, should violations of human rights be ignored, if it prevents decades of bloodshed and violence?